Various World Cup matches have surprised many in the soccer world, resulting in interesting occurrences for respective parties. The most recent matches have a part in recent happenings, and they include:

Argentina’s Most Unexpected Loss in History

The odds of Argentina losing against Saudi Arabia were the slimmest, with Messi and other top players in the squad. Saudi’s less-known side, however, pulled an upset against the heavyweights for a 2-1 win.

Lionel Messi struck first from the spot kick in the 10th minute. He would score again in the 22nd minute but was ruled out for offside.

The VAR was bound to haunt them twice when Lautaro Martinez found the net in the 25th and 28th minutes, but the goals were disallowed. Lautaro’s 25th min disallowed goal is controversial, as some sources state it wasn’t offside.

You’d think having a national holiday due to a football game is a little too much, but the Saudis think it’s more logical. The country is having a holiday a day after their best win in history.

Saleh Alshaeir’s 48th-minute goal and Salem Aldawsari’s 53rd-minute banger gave the football world one of the biggest upsets in football’s history. These two players secured huge wins for various Betway users. You can also use sport bet zambia to try and predict the score on the upcoming matches.

MORE:   KL Rahul dominated out of Check sequence with a wrist sprain, set to return dwelling

It’s only fair for the winners to celebrate how they’d love, with the match tension and build-up against them since they were placed in the group.

Robert Lewandowski won a penalty in the 55′ but would later miss it to deny his team a lead in a game that ended 0-0. It would have been unfair for Mexico to lose in a match they had dominated in terms of chances created. With that action, the goalless draw isn’t a testament that the match had prevailed.

Wojciech Szczęsny was the busiest of the two keepers, especially in the first half of the game. However, the Legend, Guillermo Ochoa, came out on top after his magnificent penalty save in the 58th minute. The Mexico keeper, who also won man of the match, is now one of the most notable keepers to grace the competition.

France came out on top in a comfortable 4-1 win against the Australian side. However, the European side wasn’t all comfy in the first half.

They conceded first through a well-calculated goal by the Australians in the 8th minute. They would also come close after hitting the upright post before the end of the half.

France would score one in the 27th minute through Rabiot. He then assisted Olivier Giroud to score his 50th international goal in the 32nd minute.

The French side would continue with the assault, with Kylian Mbappe scoring in the 68th minute from a Dembele assist. Later, in the 71st minute, Mbappe would turn provider for Giroud’s 51st goal for his country.

With more games in the competition, we can expect the Frenchman to seal his place as France’s top scorer. You can wager on him scoring through the Betway betting site and app.

In the build-up to Australia’s goal, defender Lucas Hernandez was injured and was forced out early, and his brother Theo Hernandez replaced him. He has now been ruled out of the world cup with a torn ACL.

This is just a snippet of the major happenings in the World Cup. You can expect more in the coming games and anticipate the environment we shall have for the rest of the competition over the next month. 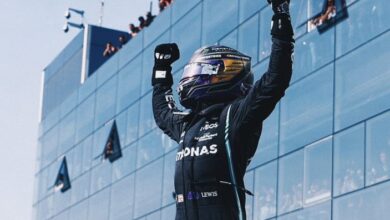 How to Install and Use the Megapari App on Your Smartphone 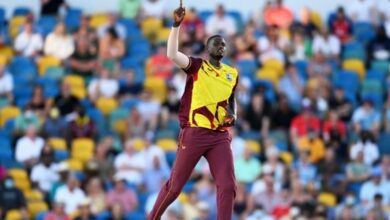