You never thought you’d have to share the TV with your dog, right? Turns out that TV for dogs—and only dogs!— now exists, so you may have to paw over that remote. Even though these shows may not be as gripping as the latest episode of Empire, their creators say they’re stimulating for your pet. We’re diving into why dogs have their own TV channel, whether TV for dogs is a good idea, and which shows or videos are best for dogs.

Many people who have dogs also have to work full-time jobs. This means that on many days their dog is left home alone. For many dog owners, it is heartbreaking to think of their dog lonely at home. This is one of the people who leave the TV on for their dog.

Many people use programs that are specifically designed for dogs that include videos of other dogs. One study did find that dogs are able to identify photos of other dogs mixed in with pictures of other animals and humans. If you’re worried about your dog being home alone and lonely, putting dog TV on for them can help to keep them company.

The answer to this is still up for debate, but TV quality in general has come a long way—which is key to the dog entertainment factor. There are no end of videos for dogs to watch online, too. “There’s been a shift in technology,” says renowned dog expert and host of Animal Planet’s It’s Me or the Dog, Victoria Stillwell. “And now because televisions are digital, dogs can see what is on the screen.” Older, non-digital TVs, or CRT TVs, were truly for human eyes only. Since dogs’ eyes function differently, the quality of those images is choppy.

Dog eyes can spot the refresh rate of the images on the screen, whereas our eyes see one continual image. With the latest technology, however, TV for dogs is a real possibility. It’s even a potential source of comfort and entertainment while you’re away. Enter: DogTV, the channel that provides programming ONLY for your canine.

In general, dogs will prefer shows that feature animals in motion, and they’d rather see a real visual than a cartoon. In a recent study by Betway online – it is found that Bridgerton is the best TV show for getting our dogs to sit still.

Friends is the next top favorite for them whereas watching Pup Academy causes our dogs the most anxiety. If you’d like to test whether your dog is interested in TV, pick a show among these and test —especially those your dog is attracted to in real life. If the colors featured on the screen are shades of blues, yellows, and greens, your dog will be able to see them better.

Then watch your dog’s reaction to figure out if they like what they see. Are their eyes following the action? Is their tail happily wagging, or do they seem distressed and growling? Do they seem worried by what they see? Keep testing shows until you find one that makes your dog happy—and then hope that you don’t have to fight them over the remote control!

If you have more than one dog, you might notice that some dogs are more interested in watching TV than others. Are you wondering “why doesn’t my dog watch TV?” Basically, some dogs simply might find it more engaging than others. TV does not offer any scent, which is an important sense to dogs.

Television is also not interactive, and some dogs might get bored or never that interested in the first place. 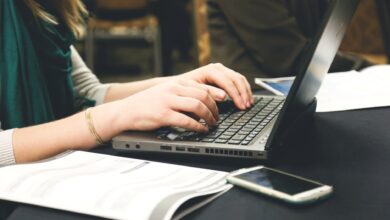 How to write a hook for a speech: A step-by-step guide