A video of a girl bravely fighting off two motorcycle-borne chain snatchers in Meerut is doing rounds on social media. After the snatchers pulled the earrings, she caught hold of the bike and pulled them down. Even though she was dragged on the road, the girl did not give up. Her elderly grandmother also came in to help. The entire incident was recorded on a CCTV camera. As per the reports, the suspects were later held in an encounter. UP Shocker: Miscreant Snatches Chain From Woman’s Neck As She Water Plants Inside Her House in Agra (Watch Video).

In UP’s Meerut, a girl and her elderly grandmother made a brave attempt to stop miscreants on bike who were trying to flee after snatching earings. The suspects were later held in an encounter. pic.twitter.com/tpjAOSVaVp

(SocialLY brings you all the latest breaking news, viral trends and information from social media world, including Twitter, Instagram and Youtube. The above post is embeded directly from the user’s social media account and SociallyKeeda Staff may not have modified or edited the content body. The views and facts appearing in the social media post do not reflect the opinions of SociallyKeeda, also SociallyKeeda does not assume any responsibility or liability for the same.) Where To Watch It Online? – Socially Keeda 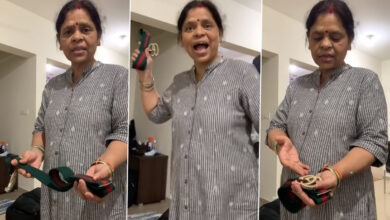 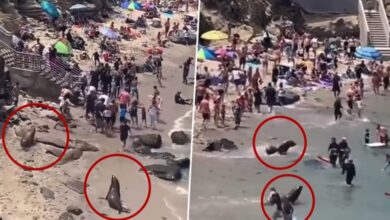