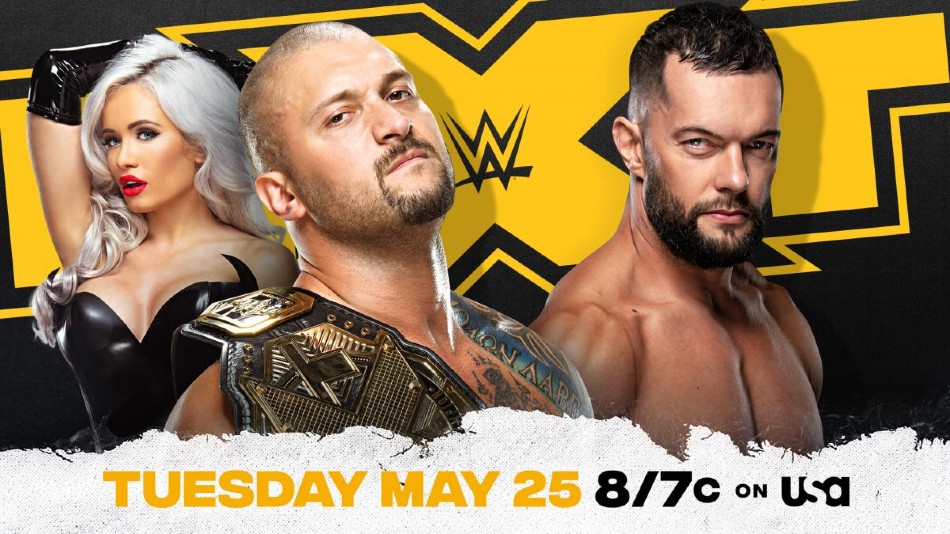 Mind if we invite ourselves over to your place again? 🏠

WWE NXT North American Title match has been announced for next Tuesday’s NXT episode where Johnny Gargano will defend against Bronson Reed inside a Steel Cage.

The #NXTNATitle will be on the line in a #SteelCage MATCH, LIVE NEXT WEEK on #WWENXT on @USA_Network! @bronsonreedwwe pic.twitter.com/i4pIk3CUZa

Later, Gargano and Austin Theory attacked Reed in the locker room after which Reed pledged NXT General Manager William Regal to add the Steel Cage stipulation to the match. Reed vs. Gargano will be a rematch from the NXT Takeover: Stand and Deliver Night Two event, where Gargano retained after capitalizing via interference from Theory.

Toni Storm will also receive a rematch from Zoey Stark on next Tuesday’s NXT show. This duo has been feuding for a few weeks now as Stark defeated Storm on the NXT “Takeover: Stand and Deliver” Night One Kickoff Pre-show, in their first singles encounter. New faction Hit Row Records’ Top Dolla and Ashante Adonis were also confirmed for a tag team match against EverRise.

The wait is almost over. ⏳

Two big matches for the May 25 WWE NXT episode were also revealed. Finn Balor will challenge Karrion Kross for his NXT Title on that night. Balor and Kross had a face-off segment following Kross’ non-title win over Austin Theory in this week’s opener.

Balor and Kross then agreed to compete in a title match. Kross won the NXT Championship from Balor at NXT Takeover: Stand and Deliver Night Two event during WrestleMania 37 Weekend.

💋 In two weeks la #WWEraLOCA will be in action….Remember, never to judge a book by its cover 😈 See you Tuesday May 25th on @WWENXT #WWENXT pic.twitter.com/RY0K6y6mf8

Franky Monet will also make her “world premiere” debut in two weeks meaning she will be seen in action for the first time on WWE TV. There is no word yet on who the former Impact Wrestling will take on.

You have already subscribed