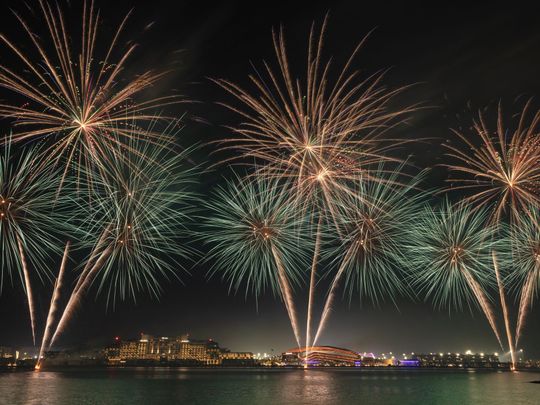 If it’s Eid, it can only mean fireworks are in order.

This year, Abu Dhabi skies will light up with a dazzling display of fireworks that will take place over the first three days of the Eid Al Adha holidays.

Yas Island, along with the Department of Culture and Tourism – Abu Dhabi (DCT Abu Dhabi), is aiming to put on a fireworks display marking the festive season. The fireworks will set off at 9pm from the Yas Bay waterfront across the first three nights of Eid Al Adha.

And if you can’t be there to watch the dazzle of the night, don’t fret. The festive display will be livestreamed on Yas Island’s social media channels for everyone to enjoy virtually, as gatherings are prohibited as part of the island’s precautionary measures.

While Islamic holidays are dependent on moon sightings, astronomers state Arafat Day, or the 9th day of Dhu Al Hijja, is likely to fall on Monday, July 19 while Eid Al Adha could fall on Tuesday, July 20, which could signal a six-day public holiday.

The UAE is already gearing up for a festive season, with Dubai hosting a two-day concert of celebrated Pakistani artist Rahat Fateh Ali Khan, which will be held on July 21 and 23 at the Coca-Cola Arena.

Meanwhile, as a prelude to Eid Al Adha, Lebanese superstar Ragheb Alama will perform at Dubai Opera July on 15 and 16.