In this post we show you the budget to travel to Thailand according to our trip in November 2019. We have been to Thailand on more occasions, but the budget is based on this last trip. I have done this trip to the Philippines with Andrea, from the blog and it has been a backpacking trip with the occasional whim. It has been a trip in which we had the 20-day travel itinerary pretty clear, so we also had some accommodation booked in advance.

So if you want to prepare your trip to Thailand for free or want to find the best things to do in Bangkok, or want to know how much it costs to travel in Thailand, keep reading!

In Thailand you pay with the Thai Baht (THB) and the value that the currency had during our trip was 1€ = 31 baht. It is recommended that you make the change at offices in Bangkok and not at the airport, where they usually have the worst change. Banknotes are worth 20, 50, 100, 500 and 1000 while coins are worth 1, 5 and 10 baht. There are smaller coins, but they are not usually seen.

How much does it cost to travel in Thailand?

Before we start, let me tell you that we have been to Thailand three times. In this last one (2019), we have verified that, in addition to the fact that the value of the Baht has increased, prices have also increased compared to previous years.

Simple private double rooms start at 500 baht (€14). On this trip we found that paying this amount, the rooms used to have too hard and uncomfortable beds. So we ended up raising the budget to 700-800 baht per night (20€). On some occasions you will have breakfast included, on others not. Take a look for different prices for cheap accommodation at Karta.

As in the rest of Southeast Asian countries, the transport par excellence for short trips is the automatic or semi-automatic scooter-type motorcycle. Its price is usually around 250 baht per day (€ 7.5) although if you rent it for more than one day you can surely negotiate and have it for 200 baht per day (€ 6).

Collective transport is undoubtedly the most economical to move by land. We will tell you the different types of:

In general, the use of the Grab application is widespread throughout Thailand, a taxi booking service in which you know what you pay before getting on. This can be fine at rush hour because the price does not go up, but when there is no traffic, it is most likely that it will be more profitable for you to use a metered taxi.

And on the islands the use of long Tails, traditional Thai boats, for tours is widespread. The price is agreed at the moment, although it is increasingly common that there is a list of closed prices for tours so that the competition is not so aggressive.

The local food is well priced. In Thailand you can eat on the street for 1€, and in a restaurant for 2-3€ per person. To give you an idea, a pad Thai on the street will cost you 40 THB and in a local restaurant 80THB.

The juices, which are delicious and are usually fresh fruit, cost around 40THB (€1.10).

In Thailand you will find several beers: Chang, Singha, Leo and Tiger are the best known. I think I have only tried the Chang, which is very good. The small bottle usually costs 70 – 80 THB and the large one about 80-100 THB. My recommendation? That you share a big one between two people.

Refilling 1.5 L of water in a dispenser on the street costs 1 THB (€0.02). We filled our two 600ml bottles with those two cents. Remember that traveling with your reusable bottle is one of the measures to travel without plastic in Southeast Asia.

The price of tickets to enter temples depends on where you are. For example, the prices in Bangkok are quite high (200THB for the Wat Pho or 500THB for the Grand Palace), but in Chiang Mai they are usually symbolic amounts, such as 40THB.

Just as in Koh Lipe, Koh Tao and Koh Phangan we hardly did tours, in Koh Phi Phi it is one of the most demanded activities. The beaches of the island are not bad, but in the surroundings there are authentic paradises that are very worthwhile.

What’s the problem? The prices are extremely inflated. A private half-day excursion (4h) that includes Bambú Island (which is 40 minutes from Phi Phi) and some more beaches costs 2,500THB (75€). If you are a group it still counts, but being two as it was our caso…es quite expensive. There are also agencies that organize group tours and the prices are somewhat cheaper.

Budget for traveling to Thailand

The budget for traveling to Thailand that we show you below is approximate and based on our experience and time frame. We hope that it will be of great help to you in preparing for your trip. How Good Is The Climate In Pune? 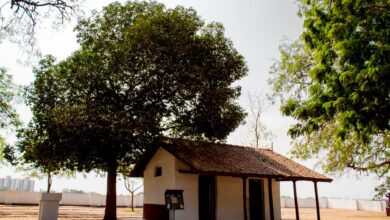 Tracing The Life Of Gandhi At Sabarmati Ashram 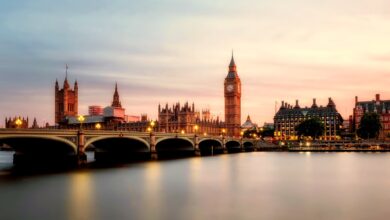 Video: Why Emirates’ Miami flight is a big deal Update: No need for ‘attested’ COVID-19 vaccination certificate for travel from Pakistan to UAE