Introverts comprise a majority of the population worldwide. Thus, every introvert tries to find various ways where or can express his or her emotions without being judged or embarrassed. One of those ways is cinema. Cinema is indeed an emotion for every human who likes it. No matter at what stage we are placed in our life, cinema lives with us and understands us.

There comes a point in life when no one else can understand an introvert like a cinema. They can relate to things, feel the cinema, and compare themselves with the protagonists and antagonists, which finally pave a way for introverts to sustain and survive in the world. Cinema becomes a medium of expression for introverts. With the help of cinema, they communicate with the outer world, coming out of their self-prepared shells.

Being an introvert is frequently mistaken for being uninteresting, bland, and boring. People tend to be less interested in and hostile towards persons who are reserved, silent, and what we frequently refer to as “loners,” “weirdos,” or “creeps.” Today, introverts are among the most misunderstood and undervalued individuals; the way most people see them is very different from who they are or what they do.

The reason why introverts retreat from society and keep to themselves rather than just choosing to do so is that they constantly think and behave in ways that no one else can understand. Here is a list of 15 movies for introverts that are way too meaningful.

Featuring Imran Khan, an introverted architect, and Kareena Kapoor, a carefree hair stylist who crosses each other in Las Vegas and got drunk. They realize their error the following day and begin the process of dissolving their union. The story revolves around a typical Indian family that is dysfunctional, has one-sided love, and many more. This movie is entertaining with a lot of ups and downs. The movie is directed by Shakun Batra.

14. “The Perks of Being a Wallflower”

In this movie, Logan Lerman plays Charlie, a socially awkward youngster who has just been released from a mental facility and is beginning to learn about life outside of it. This movie demonstrates how introverts constantly experience things that they are unable to verbalize or share with others. It is so moving and will bring up both good and negative high school memories that it will make everyone, not only introverts, feel nostalgic and emotional.

“96” is a Tamil romantic movie that features Trisha and Vijay Shethupathy in lead roles. This movie shows two characters who were too close during their college days. However, as they moved ahead in life, they lost touch. Unlike other romantic movies in India, this movie is way too mature, due to its unconventional direction and screenwriting.

12. “Eternal Sunshine of the Spotless Mind”

This movie is considered to be among the best experimental movie plots of all genres. The movie features two lovers who clinically erase all the memories they have of each other, post-break-up. Jim Carrey’s character in the movie has been portrayed as an Introvert, which still has a cult following.

In this movie, Kalki plays the role of a specially-abled character. Both audiences and critics have a lot of positive reviews of this movie. This movie features a unique love story of two young lovers, which is phenomenal, which is why a lot of people can relate various things to this movie. “Margarita With A Straw” is a very underrated movie, which presents you with a different kind of introverted character.

This is a marvelous movie from Hong Kong cinema that presents the story of two different police officers. The loneliness of the two police officers, along with the love they want to explore has been shown in a great way in the movie. The strongest point of watching this movie is that it creates a feel-good mood in the mind of the viewer. Everybody can relate to this movie, who travels to a new place and searches for a connection. This movie has the power to change the perspectives of how an individual sees life and cinema.

This movie is about an Introvert character played by Vikrant Massey. Vikrant is being bullied by his family members which keep on affecting his mental health. This movie is an outstanding movie that perfectly explains how a lack of love, care, affection, and attention can destroy somebody.

In this surrealist movie, Audrey Tautou plays the innocent French girl Amélie, whose parents kept her away from other individuals as she grew older because they thought she had a heart condition. Amélie was inspired to build her imaginary and surreal universe as a result of her loneliness and curiosity. Amelie’s persona was presented seductively and endearingly that making her simple to fall in love with. With its superficial elements that reflect the lives of those who feel alone and interested in the world, who wish to conquer and face their worries as they deal with people, the movie genuinely portrays an introvert’s life.

Directed by Sujit Sarkar, this movie is one of the most poetic movies ever made on earth. It portrays a very unusual story in which Varun Dhawan’s colleague falls into an accident and goes into Coma. However, Varun Dhawan tries to take care of her by visiting the hospital frequently. This movie tries to showcase the transformative power of love. The majority of things are conveyed to the audience via silence. This movie is a must-watch for those Introverts who are into poetry and romance.

This movie is among the most iconic films ever made in the history of America. Robert De Niro plays the role of the driver who lives all his life in isolation which is why he is not able to express himself to the outer world properly. The Cinematography of this movie also revolves around the vibes given in isolation. Therefore, this movie is a must-watch for all those Introverts who love dark psychological movie plots.

This movie is indeed one of the best Love Stories ever made in Indian cinema. The movie features two introverted characters who begin to develop an emotional bond with each other because of a mere coincidence. The makers of the movie tried to show us a new type of love story by focusing and emphasizing on food and music.

This movie was directed by Vikramaditya Motwani and is a new-age film. The movie’s narration revolves around an introverted teenager named Rohan in the film. The movie portrays a toxic relationship between Rohan with his father. Rohan’s life is controlled by his father. This movie is highly impactful, no matter how many times you watch this movie again and again.

“Joker” this movie created a lot of hype during its release. The storyline of the movie portrays a character who finds difficulty in connecting himself to his outer surrounding. This is a highly appreciated movie globally and features a dark and realistic approach.

Imtiaz Ali directed the movie which features Ranbir Kapoor who plays the role of Neham, a highly introverted individual. The movie portrays that Neham is highly passionate about storytelling since childhood. However, he cannot follow his passion due to parental pressure. Later on, he becomes an engineer. With time, he becomes an Introvert who battles loneliness and depression, alone. This is a deeply layered movie, which tries to put light on sensitive concepts like identity complex. 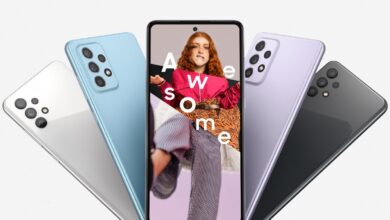 Samsung Galaxy A52, Galaxy A52 5G, Galaxy A72 With Quad Rear Cameras Debut Need Help at Work? Study Suggests Asking in Person Over Emailing and Texting Maximises Chances of Positive and Immediate Responses 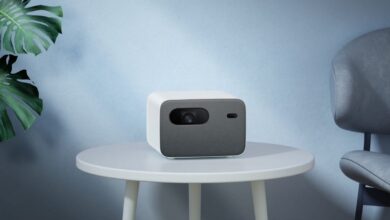 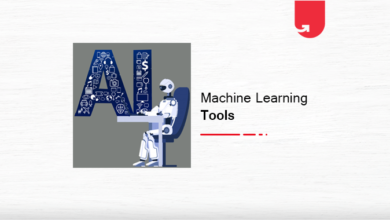